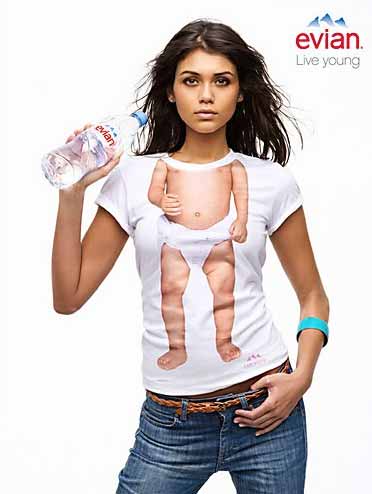 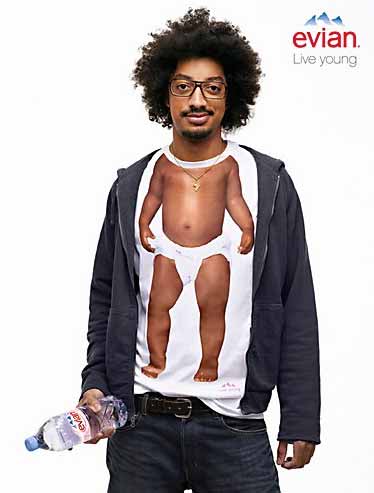 You may not  be a fan of bottled water for a number of reasons, but a powerful new ad campaign by Evian might just want to make you grab a bottle and get back in touch with your inner child.

With intentions to symbolize the effect Evian’s product has on people of all ages and ethnic groups. Each individual, with Evian in hand wears a screen-printed T-shirt of a baby’s body; implying a more youthful version of themselves. All this is done in an effort to back up Evian’s new tagline: “Live Young”. The various photos make a powerful, enlivening – and somewhat comedic – statement.

“Refreshing, accessible, simple and minimalistic, this campaign describes youth in a universal language that is easily understood” (Communication Arts). The campaign was created by Paris-based BETC Euro RSCG, the campaign recently launched in Singapore, Thailand, Australia, Russia, China and Qatar.